This Halloween season, The Invincible Czars bring new life (and fresh blood) to the world’s first feature-length silent Vampire movie Nosferatu (1922 FW Murnau) with a combined movie / live soundtrack experience that transports audiences back 100 years via an age-old tale accompanied by a by a chilling, tastefully-modern score featuring an impressive blend of traditional acoustic and present-day electric instruments.

The live accompaniment experience marries the old-world charm of silent film with a contemporary electricity engaging multi-generational audiences. “With this centennial tour, we wanted to take a fresh look at this enduring piece of cinema,” said Josh Robins, Invincible Czars founder and bandleader. “Live accompaniment is as old as the silent film medium, but then and today, it’s usually a lone pianist or local band improvising or adapting pre-existing material. We felt audiences deserved a proper 100th birthday celebration with something grand and original!  We spent a year creating this soundtrack and now we’re excited to perform it live.”

The band also hopes their show will increase awareness about independent cinemas and adventurous movie theaters that are becoming increasingly rare in the post-Covid era.

Fans, theaters, and media have consistently praised The Invincible Czars' carefully crafted soundtracks for enhancing the movie goers experience. The band has performed for over a decade at hundreds of theatres and art houses across the US and Canada delighting audiences with an array of sonic twists and turns. The varied compositions and instrumentation adapt individually to each film the Czars score, capturing each thrilling moment and keeping audiences engaged scene by scene.

In 2021, the group ventured back into the proverbial depths of Romanian folk music and horror soundscapes to give their Nosferatu soundtrack a centennial facelift. The updated score is performed by a five member touring ensemble using violin, flute, bass clarinet, electric guitar, bass, piano, organ, glockenspiel, music box, drums, percussion, samples and loops. From delicate pianissimo passages of longing and love to menacing motifs of dissonant horror and pain, each instrument plays a critical role establishing character themes and maximizing the visceral nature of this film.

The Invincible Czars encourage fans and attendees to dress for the Halloween season and fully immerse themselves in the timeless tradition of Count Orlok.

As one of the most revered films in the history of cinema, Nosferatu is considered the most important horror film of the silent era and one of the first vampire movies — though it was almost completely lost when Bram Stoker's widow sued the filmmakers for copyright infringement and nearly all of the film's original prints were destroyed. Over the decades, the film has been studied, re-evaluated, and contextualized many times over, but this haunting tale's depictions of plague, madness, and humanity are perhaps now more relevant and frightening than ever. The Czars score exponentially elevates revelations of horror, tension, humor, excitement and love inherent in this film.

Nosferatu tells the story of Hutter and Ellen, a young couple from the quaint village of Wisborg.  Hutter travels to Transylvania to arrange a sale of property in Wisborg to the elusive Count Oriok. As a guest at Orlok’s castle, the naive Hutter soon learns that the Count is a vampire. The evil Orlok locks Hutter in the castle and travels to Wisborg in haste to execute his malicious plans. He soon manages to possess Hutter’s employer along with Ellen, and strikes the village with an outbreak of the plague. Hutter frees himself from the Count's castle and rushes back to Wisborg to stop the villain before it’s too late, but will he reach Ellen in time?

The Invincible Czars began making adventurous rock music in Austin clubs 2003 but they quickly branched into the arts world with their wide scope of styles, cinematic flare, mix of modern and classical instruments and their complicated relationship with heavy metal.  In their early days, they inadvertently intimidated many Austin rock musicians with their requirement that every band member be able to read music.  All their music is notated but these charts are hardly ever  strictly observed.

Though they continue to take on a variety of projects, including their Austin-tacious re-imagining of Tchaikovsky's Nutcracker Suite, The Invincible Czars are probably best known for their silent film soundtracks which they perform live at cinemas, colleges and performing arts spaces all over the US and Canada.

They began accompanying  silent films at the original Alamo Drafthouse in Austin in 2006 with Aelita, Queen of Mars (1922) a film the band calls "terribly boring," admitting they fell asleep upon a first watch.  They continued adding titles to their catalog year after year and expanding their performance region slowly until they were touring the entire US iby 2016.  Many art house cinemas and film festivals call The Invincible Czars one of the best in the nation for silent film accompaniment. "Thank you for making this movie actually scary," is heard at least once at every show.

The band operates as a collective with a few core members and a rotating cast of additional members on any given project or tour.  They sound different from season to season and year to year.  The touring ensemble for 2022 is 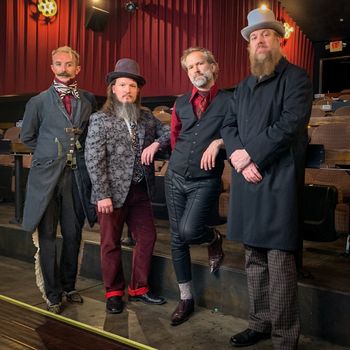 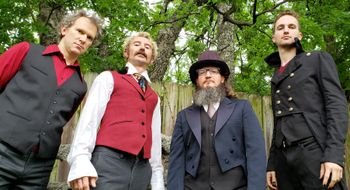 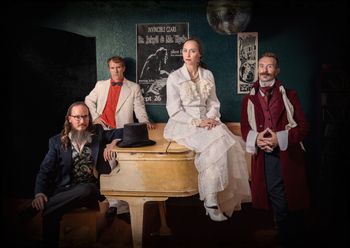 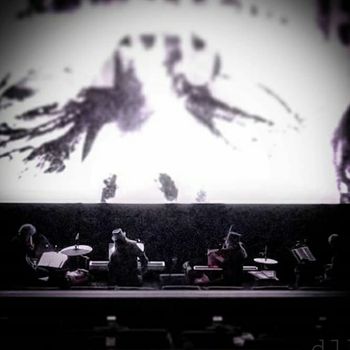 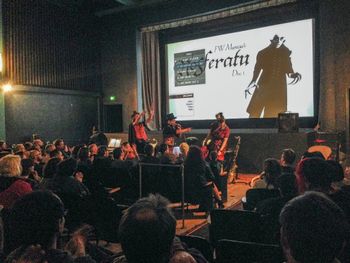 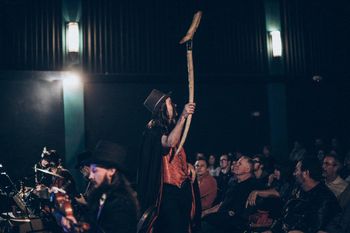